The Power of Context in Copywriting 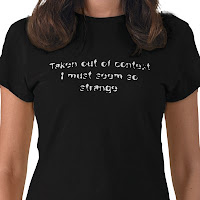 The final agent of change that Malcolm Gladwell identifies in his book The Tipping Point is “The Power of Context”. The Power of Context suggests that epidemics are strongly influenced by their situation and the circumstances, conditions and particulars of the environments in which they operate. The Power of Context illustrates that, by merely manipulating the size of a group, we can dramatically improve its receptivity to new ideas.
Gladwell’s book shows that a number of relatively minor changes in our external environment can have a dramatic effect on how we behave and who we are. He cites the Stanford prison trial as a key example here. Gladwell also refers to Dunbar’s number, explaining that the rule of 150 suggests that the size of a group is another one of those subtle contextual factors that can make a big difference.
Larry Brooks of Copyblogger recently blogged about the importance of context in the world of copywriting: “Because nothing sells, nothing works, without it.” Check out his blog post for ideas on how to create “effective context”, as he calls it. Returning to Malcolm Gladwell for a moment, I’d like to encourage all of our readers to check out The Tipping Point or one of his other great bestselling books, for fascinating insight into the social world around us.