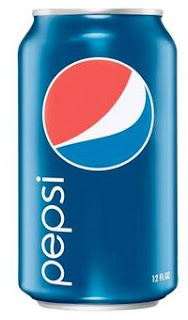 Perhaps you’ve seen or read about the brand new Pepsi logo and can design. I must say, it looks very nice — quite modern and minimalist, almost like something you’d see in a sci-fi movie set in the “not-too-distant future” (although the slightly different logos for each type of Pepsi might be a bit too much).

That being said … is the brand change really necessary? Honestly, who’s going to look at the new Pepsi logo and say “Well, I’ve been a Coke guy all my life, but I think I’ll switch now because I really like the lower case lettering!”

Chances are, not very many.

In an article on Advertising Age (“What Went Into the Updated Pepsi Logo”), Frank Cooper, Pepsi’s VP of Promotional Brand, was quoted as saying that when the campaign officially launches, “hate it or love it, you will absolutely know that Pepsi is out in the marketplace.”

Yes, because that’s exactly what Pepsi needs. Honestly, I don’t know anybody who has ever heard of this obscure beverage-maker, and a refreshed brand and marketing campaign will be just the ticket to say, “Look out world, Pepsi is here!”

Seriously now, when a company as large and established as Pepsi does this, it seems like it’s just change for the sake of change.

MBMagazine fave Seth Godin wrote a good piece about this on his blog (“Your Brand Is Not Your Logo”). He doesn’t believe in Pepsi’s claim that the new logo will help to win them more market share, saying:

Take the time and money and effort you’d put into an expensive logo and put them into creating a product and experience and story that people remember instead.

Good advice. While a strong logo and powerful brand elements are very important to a company’s marketing — especially for a new business trying to establish itself (and last time I checked, that doesn’t describe Pepsi) — in the end, it’s the product and service experience that must be conveyed above everything else.

Marketing is about all of the visual and emotional elements working together in unison to create a cohesive brand — something a mere logo update can’t accomplish on its own.